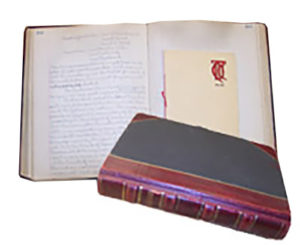 The Denver Teachers’ Club was organized on March 27, 1897. It is the oldest non-profit in the state of Colorado (incorporated 1911), and the only organization of its kind in the United States.

All members who joined the Club prior to May 5, 1897 were considered charter members. The original constitution and bylaws were adopted April 6, 1897 and included the name – The Denver Teachers’ Club; and the objectives of the Club – It shall be the object of this Club to advance the interests of the schools, to raise the standard of the profession, to cultivate a spirit of sympathy and good-will among teachers, and to form a representative body able to speak with authority for teachers.

Founding charter and other early members of the DTC included prominent members of the Denver school district at the turn of the century, who went on to have schools named in their honor: 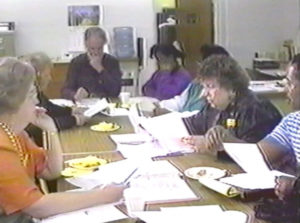 Club meetings were held in many different places, for at least the first five years, but the majority took place in the assembly room (auditorium) at East Denver High School, now simply referred to as East, and in the office of then Superintendent, William H. Smiley. After forming committees and holding the necessary elections for Club officers, the early members’ first order of business was to assign a committee representing teachers of Denver and other area cities to address the National Education Association (NEA) convention in Milwaukee in July of 1897, on two important issues:

1) that women be more largely represented in the management of the NEA; and
2) that appropriation be made to cover the expense of an investigation into the serious hindrance to good work in the schools of the United States with the present assignment of from fifty to sixty pupils per teacher, with a view to using the NEA’s great influence to secure more favorable conditions.

The issue of providing sick benefits to Club members was first addressed by the DTC board of directors in January of 1902 when the Hospital Committee was asked to investigate the feasibility of securing a hospital room in the Denver area for use by Club members. The early version of our current Voluntary Payroll Protection Plan (referred to as the DTC Indemnity) was proposed in May of 1903 with the original benefit paying members $10 per week from the beginning of the second week of illness and not to exceed four weeks. In November of 1903 the board unanimously passed a resolution that $0.50 out of each members yearly dues be set aside for a hospital fund. 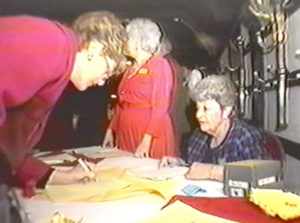 The first Club hospital room was secured at the Denver Homeopathic Hospital (later known as the Spears Chiropractic Clinic) in May of 1903 at a cost of $10 per week. The Club also paid to have the room furnished with all the necessary and available medical equipment – total cost, $100. A wheelchair from this initial purchase is on display in the DTC office today. The hospital room could be used at the hospital director’s discretion for other patients unless it was needed by a member of the Denver Public Schools.

The Denver Teachers’ Club joined with Women’s Club of Denver in an address at a convention of the Libraries of America in 1904 requesting that, “as a first great and needful reform in administration, the shelves of our Library be open and free to the public,” and “as an educational factor, our national library system should be second only to our system of public schools.” 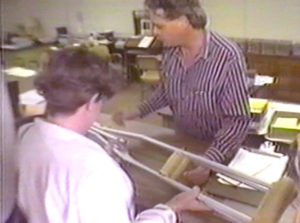 One last note of interest, a committee to investigate pension plans was established at a meeting of the board on March 3, 1898, and the efforts of this committee and the board as a whole were very instrumental in the development of state legislation providing for the pensioning of teachers in 1903.

As you can see, the Denver Teachers’ Club was and continues to be an integral part of the Denver Public Schools community. It is with pleasure and gratitude that we thank you for your contributions, which enable our efforts to be ongoing and successful.